The project focuses around the problematic area around the Parliament Palace in Bucharest working both as a critique to the current development strategies but also raising questions about possible solutions and ways to open up the topic towards its citizens a situation that more than 20 years ago was the subject of one of the largest urban planning competition at its time: Bucharest 2000.

The project starts by an imaginary mini-competition wrote by the author itself using the Bucharest 2000 research materials and also its conclusions (which were left in vain during the last years - as its outcome) by updating the current needs of the city and also the current practice philosophies. Also, it works as a potential invitation/platform for everybody to have the oportunity to get involved and also to show that the only way of taking any sort of decision for that specific area, should be done in open and debatable way (not in a closed system - look over “Mântuirii Neamului” Cathedral situation): and that is through a competition.

Therefore, within the imaginary competition the current project represents an imaginary participation in which a large open-call system is integrated. Going forward, in the context of individual ways of occuppying spaces in contemporary cities, the project starts with a series of studies concentrated upon the small collaboration game that is imagined in the lines of an open collective drawing which is leaning towards a vision that tries to expand possible horizons against the commodification of public space. The aim of the exercise within the project was to put together thoughts of those who usually don’t have acces at “drawing” their own city together with those who can, “coloring” together a little global piece of work.

Exquisite doesn’t stand for fanciness (well, it may, but in an incidental way) but it comes from the drawing technique called “Exquisite Corpse”. It consists of continuing the drawing of someone else, by having just bits of information of the previous hand or neighbour, leaving the final outcome as a big surprise. The main wish is to question public space general archetypes by creating a mosaic of visual, spatial and social plots, as a way to imagine possible scenarios of collective spaces. People's gardens around People's House. The garden as a living laboratory for each one's thoughts about public space and community related activites.

An elastic Masterplan can be published in different issues (like the book itself which has not really an end because of its different editions that shelter under, their aim to raise questions and invitations rather than provide a final solution) which enables big scale collaboration being in contrast with the previous monopolized municipal decisions. 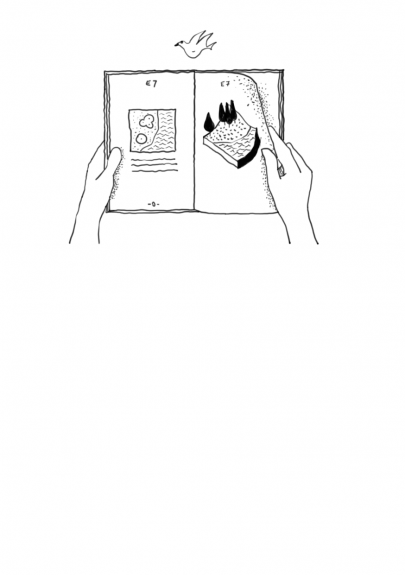